David Brumfield is a professional with extensive experience in Orthopaedic and Spine Product Development. He is an inventor with numerous patents covering a variety of successful inventions. Additionally, Brumfield has worked as a High-Performance Driving Instructor for Porsche Club of America (PCA).

With over 40 years in the industry, David Brumfield has established himself as an expert in biomedical research and technology. Most recently, he has worked as a consultant of product development related to orthopaedics, extremities, & spine. Previously, he stood as Senior Vice President of Research & Development for Custom Spine, Inc. He has also served many years as VP of Product Development at both Smith&Nephew and Medtronic. He currently holds 51 US patents along with numerous research publications and presentations. 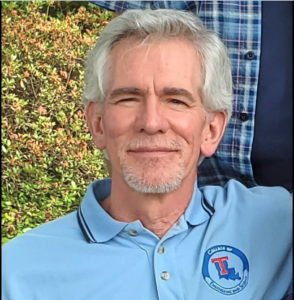 David Brumfield regularly participates in heated races around the track.  (In a Porsche, of course!)  Brumfield has raced Porsche vehicles for decades.  And it’s no surprise why, when even plenty of stock Porsche models have enough kick to hit top speeds of 211 mph.  (Not recommended or endorsed by Brumfield except at the track; drive responsibly!)  A personal passion, this Porsche Racer is so much more than just a run-of-the-mill enthusiast.  He’s truly a connoisseur of these gorgeous cars and even more so in the department of speed and racing.  He currently works as a High-Performance Driving Instructor for Porsche Club of America (PCA) and regularly participates in PCA hosted events.

For this Porsche Racer, the Porsche Club of America (PCA) community is about so much more than the adrenaline rush, the speed, the competition or even the cars.  The PCA community is about heart, community and making a positive impact on the lives of others.  Whether that’s spreading the joy of a race to car lovers in the stands or on the track, or hosting charitable events.  The latter is all made possible by PCA Members Making a Difference, the philanthropic division of the organization.

In October 2021, David Brumfield was proud to participate in PCA Members Making a Difference’s 35th anniversary Oktoberfest, which honored American war heroes and military veterans.  Being able to participate in these events is truly a privilege and an honor to Brumfield.  Each event is a reminder of the sense of giving and camaraderie that exists in the Porsche fan community.