Frank Mechaly is a premium denim designer originating from St. Tropez, France. Internationally recognized, Frank has launched a number of successful brands including Sacred Blue, Blue Cult and May75 (formerly known as 575 DENIM). 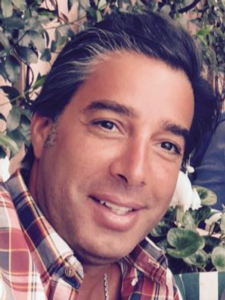 Roots in the Denim Industry

The Mechaly family history might as well have been woven from denim.  Frank is the third generation of entrepreneurs in the denim industry.  Initially, the Mechaly family entered the denim industry from a tradesman’s position.  Frank’s grandfather was a primary importer of Levi’s jeans and clothing into Morocco in the 1950s, when the legendary brand achieved international recognition.  Frank’s father, David Mechaly is the creator and manufacturer of MacKeen, one of the most recognizable brands of jeans in the 1970s.

Branching out on his own, Frank Mechaly found his footing in the fashion world at a young age.  Starting small, Frank took up work at retail clothing shops in the St. Tropez area shortly after leaving school as a teenager.  In less than three years of working in shops and even launching his own vintage clothing store venture, the young entrepreneur pursued freelance fashion design work.  This led to his designs being used for well-known brands such as Blanc Bleu, H. Lander and D.D.P.  Frank also designed for his own brand, Texola, at this time.

Outside of his design work, Frank Mechaly is also passionate about racing.  An exhilarating experience, the sport of race car driving is profoundly unique.  Inspiring in its own way, the thrill of a race is completely unlike Frank’s pursuits in the fashion world.  Although skill and steed play their roles in any race, the sport itself is completely in the moment.  A lifelong car enthusiast, Frank loves the opportunity to put the pedal to the metal — especially in pro race settings.