George Carlo is a Sports Performance Coach who has worked with athletes at the collegiate and professional levels. Carlo presently stands as Chairman and CEO of Secrets of Champions. 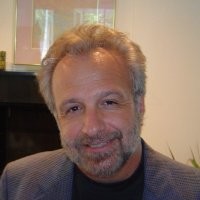 George Carlo is a professional in the sports performance industry.  Relying on perspective that looks at human performance as a whole, Carlo’s coaching takes into account each and every variable at play in an athlete’s ability to perform at the highest level.

Through a culmination of experiences training and working one-on-one with athletes and professional teams, George Carlo has become one of the most respected human performance experts in the sports world.  His time in the industry has offered him the opportunity to observe and understand the variables at play in human performance — even beyond sports!

As a Sports Performance Coach, George Carlo has worked with athletes at all levels and in just about every sport.  Most notably, he has worked closely with the Detroit Tigers, as well as teams and players in the NFL, NBA, NHL, PGA and USTA.

Following the closing of the Olympic Games in Tokyo 2020, George Carlo launched a blog series that replays the competitions with his brand of performance analysis.  (The Olympics might be over for now… but if you can’t get enough of the Games, this ongoing series is one to look out for!)