Keith Sanders Raleigh NC firefighter served on the Western Wake Fire Rescue from ‘99 to ‘03. But even today, his support for fire departments and first responders everywhere remains paramount. Sanders also volunteers with Habitat for Humanity. 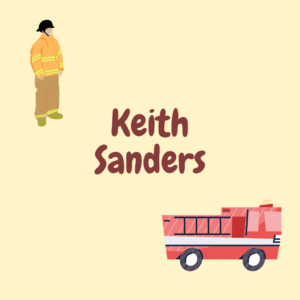 Keith Sanders Raleigh NC firefighter and community volunteer is a proud graduate of Raleigh-Broughton High School and NC State University.  During his days at NC State, Sanders made the most of the school’s campus culture.  He enjoyed participating in student led organizations and proudly cheered the Wolfpack on at home and away games.  Today, the proud alum continues to support the University, particularly its involvement in Habitat for Humanity projects.  Additionally, Sanders share fire safety tips and advice on his blog in an effort to keep families across America safe.

While enrolled at NC State University in pursuit of his undergraduate studies, Keith Sanders became actively involved in on-campus efforts to support Habitat for Humanity.  Once he participated in a project out in the community, something sparked in Sanders — and the light has yet to go out!  Through his work with Habitat for Humanity over the years, he has become well-acquainted with construction services.  Taking a hands-on approach and getting to know the people who his handiwork is benefitting has been a majorly rewarding experience for Keith.

In the future, Keith Sanders hopes to become involved in more volunteer-led projects in the Raleigh NC community.  Although he would prefer to be able to put his construction skills to use, Keith is happy to help wherever he may be needed in the community!