Judd Feldman is the Chief Operations Officer (COO) of Champion Home Exteriors. Feldman is currently based in the San Diego area. 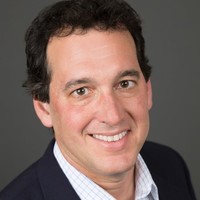 Judd Feldman is a seasoned executive leader.  He currently serves as the Chief Operations Officer (COO) of Champion Home Exteriors, a home renovation service provider specializing in windows, sunrooms and home exteriors.  Feldman has maintained this role since 2017 and in his years with the company, the COO has achieved exponential growth for the home improvement outfit and manufacturer.  Highlights of his role include growing EBITDA by +400% in four years, restructuring the field organization to drive positive change, growing retail margins by +200bps, developing an activity-based staffing model which effectively reduced expenses by +$2.5 million and increasing overall performance through implementation of key metrics and scorecards.

Judd Feldman is an accomplished academic who maintains both his Bachelor of Arts (BA) and Master of Business Administration (MBA) degrees.

In 1985, Judd Feldman entered Duke University in pursuit of his BA, which he completed in 1989.  During his undergraduate enrollment, he achieved numerous honors, including maintaining his place on the Dean’s List all four years and eight semesters of enrollment.  Proud to be active on the Duke campus, Feldman embraced the University’s culture by participating in numerous student-led organizations.  Most notably, he is credited with founding the Duke University Recycling Program.  To date, Feldman is still passionate about recycling and matters of green and clean energy.

In 1993, Judd Feldman completed his MBA.  During the pursuit of his MBA, Feldman was elected to the Beta Gamma Sigma International Honors Society.  He also graduated with Distinction.  This effort was a continued area of strength for Feldman, as his academic and professional prowess combined in order to advance his career as an executive leader.